At the LASER World of PHOTONICS in June 2019, qutools presented its laser tracking system based on the interferometer quDIS.

The tracking unit traced a reflecting sphere and measured the distance interferometrically. The sphere was mounted on a stick to use it as a xylophone mallet.

By hitting a passive xylophone – simply painted on a leather pad – the measured acceleration of the sphere triggered playing a sound. The position of the tracking at that time determined the sound frequency, which was “calibrated” before. 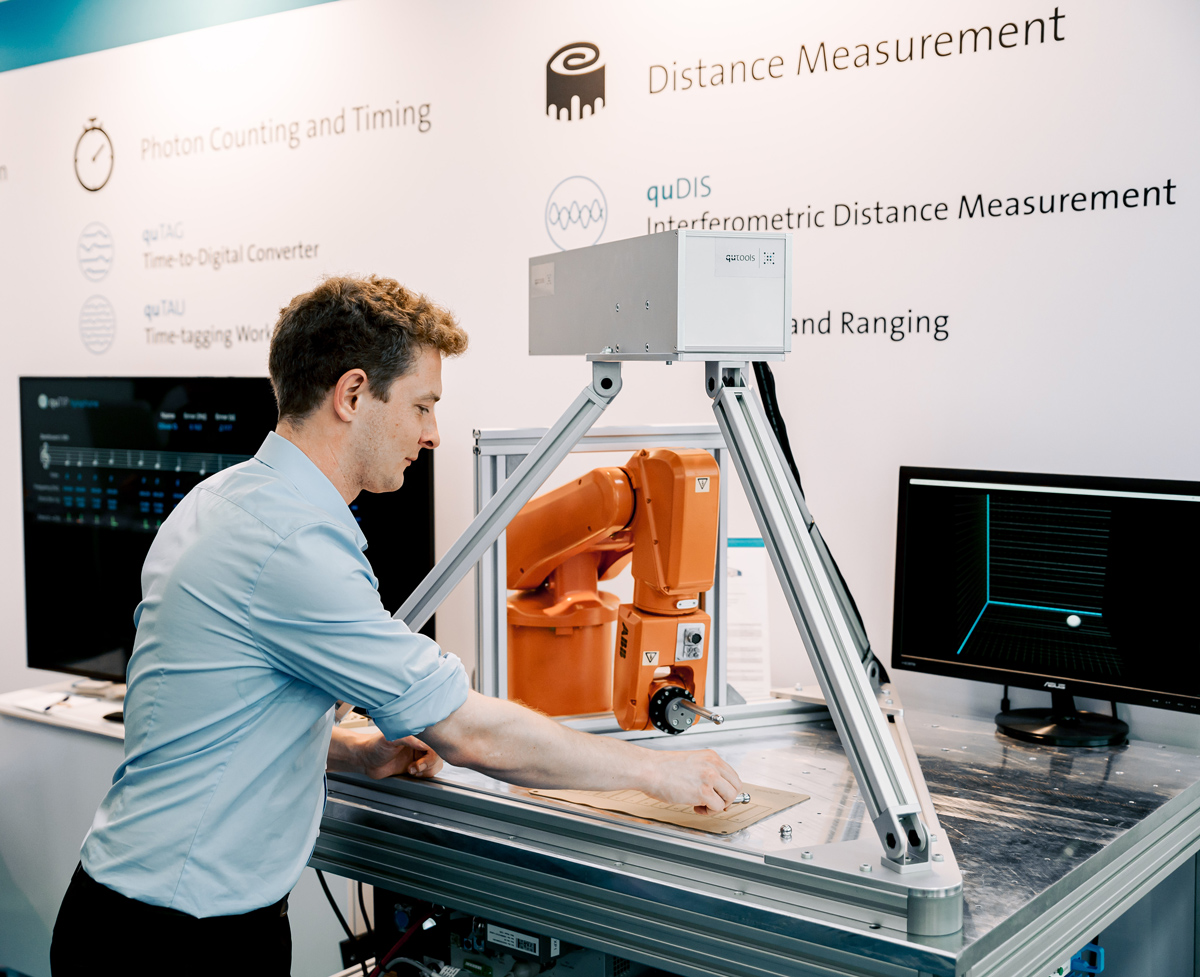 And of course, a robot most certainly shouldn’t be missing either! On its arm, a sphere was mounted to track its movements and determine the position with interferometric accuracy.