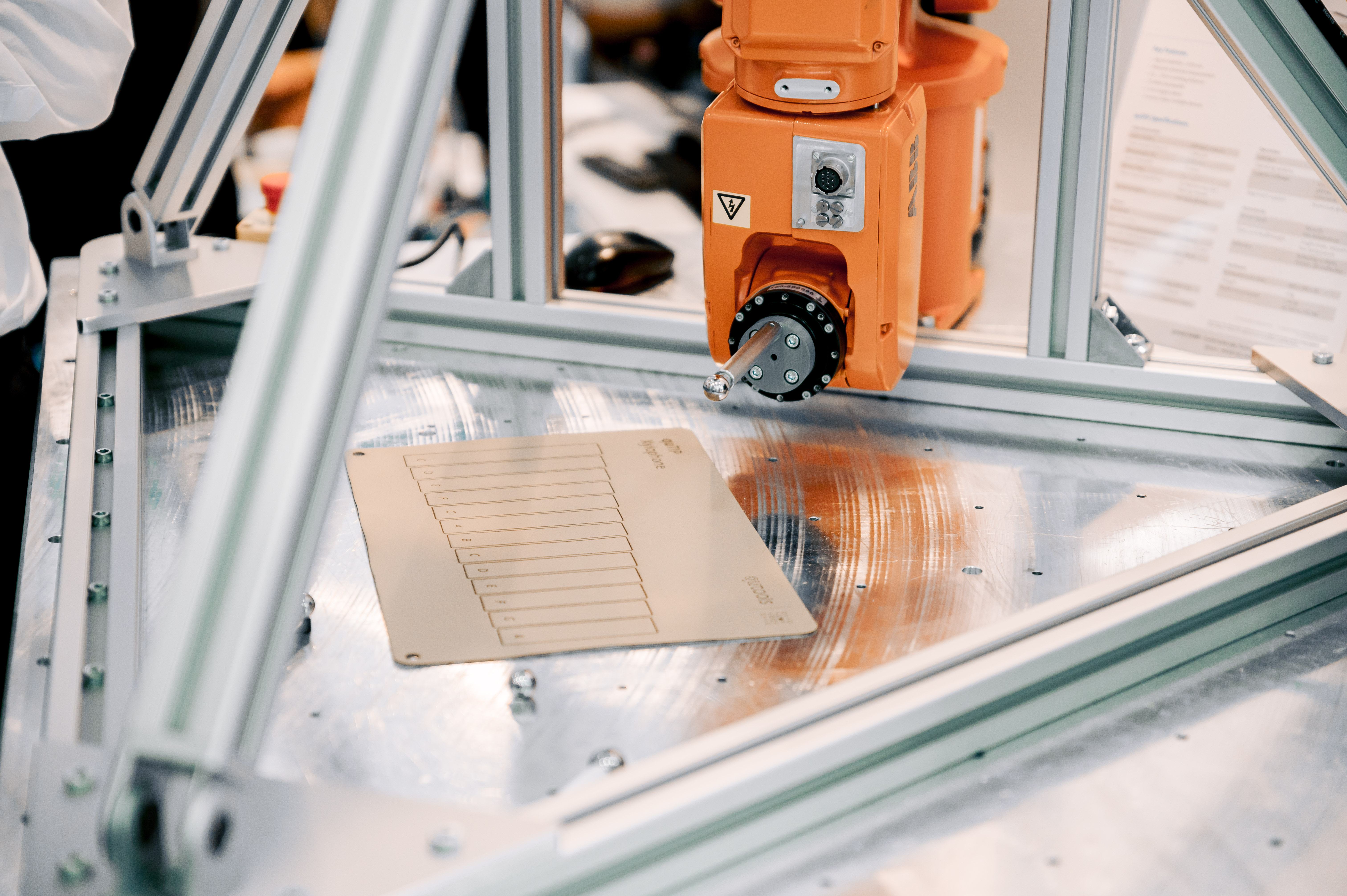 The Technology Campus Teisnach Optics of the Technical University of Deggendorf (THD) is known far beyond the borders of Lower Bavaria for its top-class optics research. Now a new forward-looking project in the field of precision metrology is starting in Teisnach. RoFL (development of a robot-supported free-form measurement using laser tracking interferometry) aims to significantly reduce costs in the measurement of optical free-forms while increasing measuring accuracy.
“In optics, different lens shapes are required – plane, spherical and aspherical lenses as well as free-forms with complex surface geometries. Especially with the latter, measuring the surfaces requires the highest precision and has thus far been very cost-intensive,” explains Simon Killinger, research assistant at the Technology Campus Optics in Teisnach. To reduce costs and increase measuring accuracy, the Teisnach researchers are currently developing a robot-supported free-form measurement system. They have brought the Munich-based company qutools on board for this purpose. With a high-performance tracking interferometer, qutools provides the laser unit that measures the lens. In order to improve the measuring accuracy, which is in the nanometer range, the developers from TC Teisnach integrate a fixed reference point into their robot-supported model.

“By measuring the lens surface and comparing the results with the reference point, it is possible to measure precisely with an inaccurate machine, such as a robot. Complex algorithms are used to determine the measurement result. At the same time, our new approach makes the measurement faster and costs can probably be reduced by up to 60 percent,” says Killinger, describing how RoFL works. Alexander Haberl, operational manager of TC Teisnach, also emphasizes that this approach makes it possible for the first time to integrate the setup in a robot production cell that can also be used in an application with industrial robots.

The RoFL project at the Teisnach Optics Technology Campus will run until April 2022 and is supported by the Central Innovation Programme for SMEs (ZIM), a funding program of the German Federal Ministry of Economics and Energy.