Where does the word “Quantum” derive from?
A not so scientifically correct search. 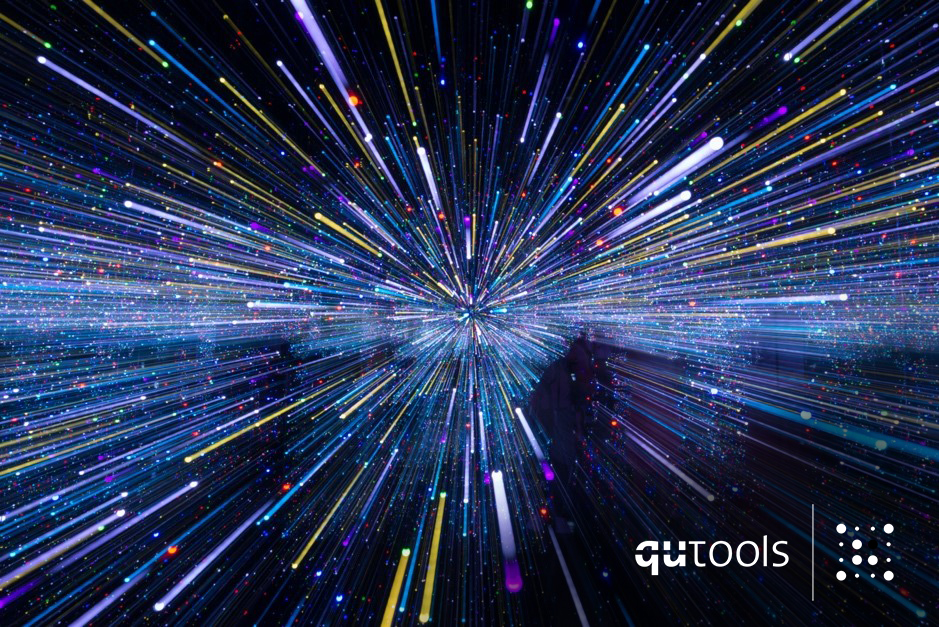 We here at qutools use the word „Quantum“ quite a (qu)bit. And it is not only us – quantumphysics and -mechanics are starting to become part of the mainstream’s vocabulary. But where does the term „Quantum“ actually derive from? Hopefully you just got as excited as an electron that swallowed some energy, because we are going to dive deep into the not so scientifically correct explanation mode now.

Meaning in physics:
The first time the term „quantum mechanics“ popped up was in 1924 in a paper with the title „About quantum mechanics (org. „Zur Quantenmechanik“). It had been published by german mathematician and physicist Max Born, age 42 (most likely not a coincidence), to lay out his thoughts on a new concept that was emerging thanks to Niels Bohr and friends at that time. After some heated discussions and the passing of several decades, the Cambridge Dictionary nowadays explains „Quantum“ used in physics as „the smallest amount or unit of something, especially energy“. If it is okay to name the shortest, but lively colleague of a research group that, is not further explained, though.
Apart from that, the verb „to quantize“ is rather important to the quantum mechanics lot, too. It describes the procedure to build quantum mechanics from classical mechanics and is a basis to a whole bunch of theories, such as nuclear physics, quantum optics or condensed matter physics, to name only but a few.

Meaning for everyone else:
For the very few people on this planet that do not work in the field of quantum physics, the meaning of the word „Quantum“ can either be an adjective, saying that something is significant or sudden. Or it can describe a certain amount of something – a quantity. The latin root word „quantum“ translates to „How much?“ or „How great an extent?“…

Acutal meaning:
… which brings us to the honest conclusion, that this „Quantum“ thing seems to be a mixture of something that is a) a part of something larger b) is important and c) can hardly be explained. So it sounds fitting for many occasions. For now, we stick with asking „What the quant?!“ every time we can’t keep track of some weird article we found on a random blog. Because it is such a precise way to despict something that just can never be described fully.

You liked that article? Send us your ideas on how to use „Quantum“ in everyday language: info@qutools.com