Maybe we are a little step further to explain why there is „something“ rather than „nothing“. Because the Standard model of physics – which worked quite well to describe the universe so far – tells us that there should be: (dramatic pause) Nothing at all.

First there was just plain boring nothing and then there was the „Big Bang“. Everyone was quite surprised. But without the „Bang“ probably, initially it was silent, sound was not yet invented. And even „Big“ is a very euphemistic adjective to describe that suddenly there was everything.

But the Big Bang should have produced equal amounts of matter and antimatter. The same number of baryons and anti-baryons built from quarks and anti-quarks. For every proton and every neutron there should be an anti-baryonic counterpart. And if these two met, there would be a „Small Bang“. They would annihilate themselves, producing light. (But not sound. Again.)

So the „Big Bang“ should have led the universe to a short fervent party, as every baryon would find its evil twin and our freshly born universe would die 10−6 seconds after its birth. In fact we assume that 99,99% (you can add many more „9“s, if you wish to) of all matter produced by this „mother of all events“ suffered exactly through this destiny. Lots of small bangs.

But luckily that is not the case – our universe is here. The strongest and toughest protons and neutrons survived and created almost everything around us. Atoms, molecules, Albert Einstein and Batman. 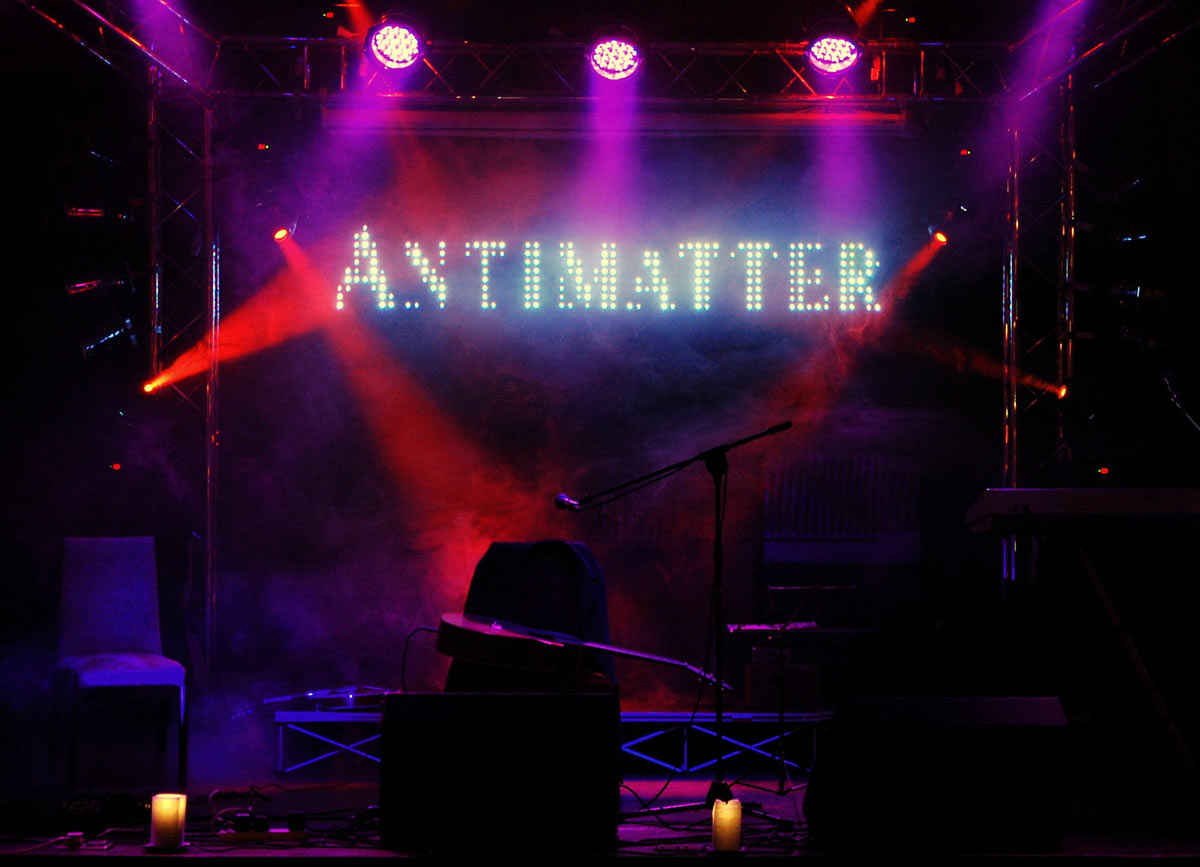 Because there seems to be a huge hole in our beautiful Standard Model of physics. And that’s not just an unanswered question like „Is Batman really made of protons and neutrons?“, it’s more. A problem. The „Asymmetrical Universe problem“ to be exact.

The only solution to this problem is: Our laws of physics are slightly different for matter and antimatter. Must be. This is called the CP violation and it’s not only important for cosmology, but also helpful to describe weak interactions in particle physics. Nobel prize in physics 1980 for James Cronin and Val Fitch.

Scientists at the LHC have now used a new approach to study this CP violation in baryons. They produced lots of „Λb0 baryons“ and its counterparts, called „Λb0-bars“. When these were smashed together in the large hadron collider they produced protons or antiprotons and three pions as a by-product.

In the first step of their research they were able to collect 6000 of these decays. And they found a slight imbalance in their data. When they counted their samples, they found more protons than would be expected as a result from their “smashings”.
Which would be a good proof for the CP-violation.

There is only one small problem. Statistics. As the team of the LHCb-collaboration recognizes on their website, the measured propability is at the level of 3.3 standard deviations. And that’s not good enough. Give us five standard deviations and we’ll call it a discovery!

But the team went already back to work and promises to deliver a new, much larger data set during their second run at the LHC. „If this earlier evidence for CP violation is seen again with greater significance in the larger sample, the result will be an important milestone in the study of CP violation“, the team concludes their new article on CERN’s website.

It seems like the most unspectacular of the four interactions in nature, the tauntingly named „weak“ interaction could be the explanation why there is „something“ rather than „nothing.“ Take that, strong interaction, electromagnetism, and gravitation!

Read more:
„New source of asymmetry between matter and antimatter“ at CERN
„Measurement of matter–antimatter differences in beauty baryon decays“ at Nature Physics
Picture: „Antimatter“ from Chorus / CC BY 3.0